The Giants of Bristol New Book

“A magical story of giants at play, in the city of Bristol they frolic all day. Have a peek and take a look, at the mischief they cause inside out little book…” Have you ever wondered why there is a cave under the Observatory? Or what the Camera Obscura is used for? 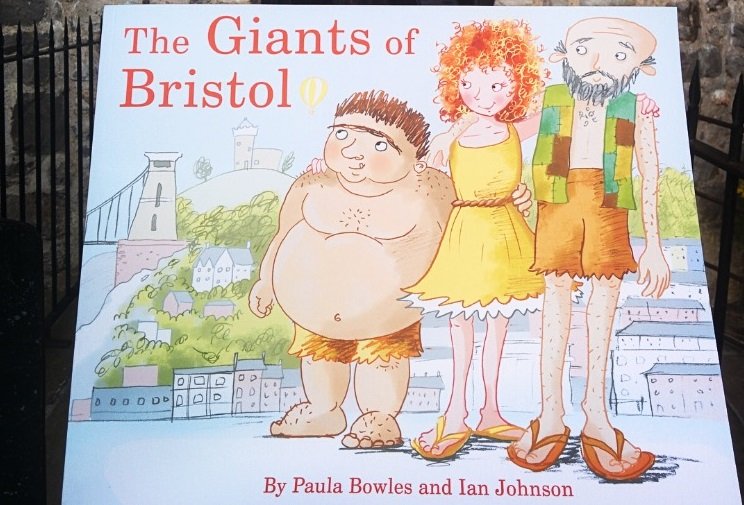 Clifton Observatory is delighted to introduce a new children’s book, The Giants of Bristol, written by Paula Bowles and Ian Johnson. The book brings to life the myth of the Giant’s Cave at the Observatory, with a tale of the friendly giants’ game of hide and seek in the city.

A magical story of giants at play, in the city of Bristol they frolic all day.

Have a peek and take a look, at the mischief they cause inside out little book…

The original myth tells the story of how a giant named Ghyston created the cave in an attempt to win the heart of the lady Avona.

In 1835 William West, owner of the Observatory from 1828-1861, dug a tunnel leading to Ghyston’s cave. Using West’s drawings of the Avon Gorge, Isambard Kingdom Brunel sumbitted designs for the Clifton Suspension Bridge, one of which proposed a road tunnel connecting the bridge to the Giant’s Cave. Brunel won the competition, although his ‘Giant’s Hole’ design was not chosen.

The Giants of Bristol is a story of three giants; Goram, Ghyston and Avona, who live in the Giant’s Cave and love to play in their city. In The Giants of Bristol you will find out about their favourite games (have you ever played badminton over the Suspension Bridge?!) and the best giant hiding places…

Available at Clifton Observatory reception and online for £6.49 now!